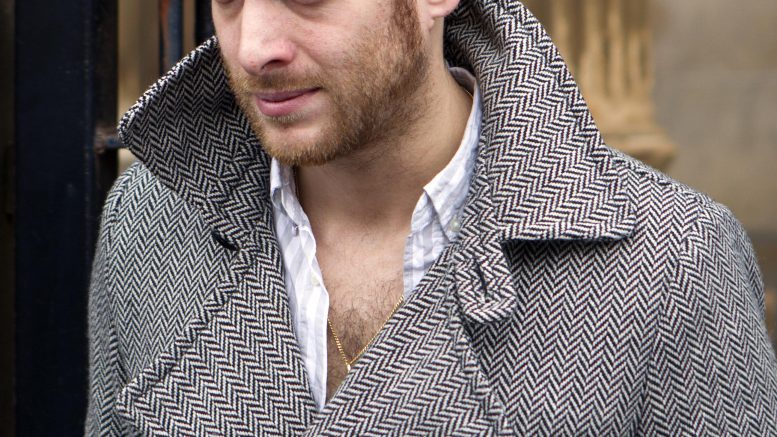 PAOLO Nutini has denied drink-driving in a Mini.

The New Shoes star appeared at the sheriff court in his home town of Paisley, Renfrewshire, to face claims he took to the wheel while more than twice the drink-drive limit.

The singer who has released three platinum albums, denies he broke Section 5(1)(a) of the Road Traffic Act 1988 when driving along the town’s Maxwellton Street, Canal Street and High Road.

But prosecutors claim he had 48microgrammes of alcohol in 100ml of breath – more than double the 22mcg legal limit – while driving a Mini Cooper S three-door hatchback.

The 30-year-old was arrested over the alleged February 21, 2017, offence last month and was released on an undertaking to appear at court.

The singer, whose hits include Jenny Don’t Be Hasty, Candy and New Shoes, was represented by defence solicitor Massimo Franchi, who told Sheriff Derek Hamilton his client maintained his innocence.

He said: “I appear with Mr Nutini, who pleads not guilty to the charge.”

He asked for Nutini to be ordained to appear at future hearings, as opposed to being released on bail and asking for his attendance to be excused from a pre-trial hearing because of his commitments.

He said: “I have spoken to the Crown in relation to this matter – they know what the specific defence is in this case.

“He travels frequently, out with Scotland and the UK, not only for work, but also, he does a huge amount of work for charity.

“In Scotland and the UK, he does an endless amount of work for charity.

“He will be in regular contact with me throughout the entire process.

“If anything changes, as an officer of court, I would invite him to attend.”

Procurator Fiscal Depute Margaret McCallum said prosecutors were “neutral” as to whether or not Nutini should be excused attendance at the next hearing – and asked for a pre-trial hearing and a trial date to be fixed.

Sheriff Hamilton then agreed to ordain Nutini, rather than placing him on bail, adding: “I don’t see any need for bail.” But he refused to excuse the star’s attendance at the pre-trial hearing in May and ordered him to appear in person.

A spokesman for Police Scotland said at the time: “We can confirm that a 30-year-old man was arrested in Paisley on Tuesday, February 21, in connection with alleged road traffic offences.

“A full report will be sent to the procurator fiscal.”

Nutini,  who appeared in the dock wearing an open-necked shirt and grey coat, is due to face trial in June.

His debut album, These Streets, was released in 2006 and peaked at number three on the UK Albums Chart, while the follow-up, 2009’s Sunny Side Up, debuted at number one.

Both albums were certified quintuple platinum and his third album, 2014-release Caustic Love, was also certified platinum after debuting at number one.