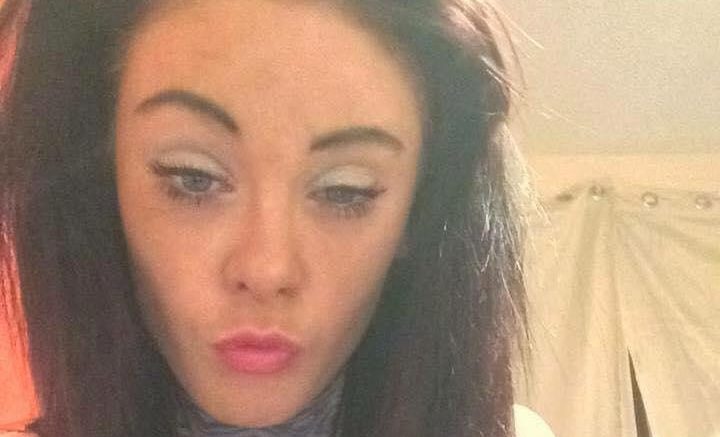 A FURIOUS lout who threatened to gauge out a bus driver’s eyes and feed them to his wife after he refused to grant her a child’s fare has been jailed.

Meghan Cherrie, 20, also spat at the driver and suggested she’d slit his throat during the foul-mouthed rant.

A court heard the bully lied about her age and demanded a child’s fare after boarding the bus in Paisley, West Scotland, on July 18.

But after the driver refused, she humiliated him in front of horrified passengers.

He was rushed to hospital after the vile attack.

Cherrie appeared at Paisley Sheriff Court on Friday to admit charges of behaving in a threatening and abusive manner likely to cause a reasonable person to suffer fear and alarm and spitting on the driver.

But she was sentenced to four months in jail, cut from six months due to her guilty plea.

Sentencing the young yob, Sheriff Susan Sinclair said: “The incident to which you have pleaded guilty was extremely unpleasant.

“There were extenuating circumstances about how you came to be there.

“But assaulting someone during the course of his work is something the courts have to deal with.

“I take the view there is no alternative but to impose a custodial sentence.”

The court heard Cherrie yelled “I will gouge out your eyes and feed them to your wife” during her rage.

“She continued to shout and swear. She was pointing her finger at the driver and began to threaten him. She said ‘I am going to stab you with the knife that is in my bag.’

“She said ‘I will slit your throat,’ and motioned with her right hand across her neck.

“The accused pulled her head back before she spat into the driver’s face.

“The spit landed in his eyes.”

Coronavirus UK LIVE: All the latest as lockdown restrictions are eased again

But when she was arrested for the bus rage, shameless Cherrie told police: “It’s not like I stabbed anyone.

Cherrie, from Foxbar, Paisley, was said to have quickly regretted her actions.

Bob Mitchell, defending, said: “She describes her own behaviour as disgusting.

“She was tearful when her behaviour was described to her.

“She is very remorseful. She knows this is completely unacceptable and she has been rightly alarmed by this.

“She has been having difficulties. She was victim of an assault. She is still only 20 years old and I would say she is an extremely vulnerable young woman.

“The sequence of events on the bus was prompted by an overdose and it took six hours to resuscitate her.”