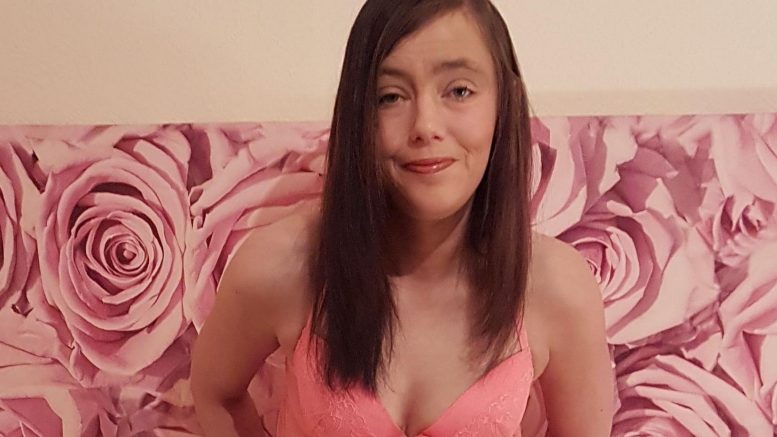 A WOMAN whose pal was ambushed at her flat when he hoped to enjoy his lust for cement is a working girl called Juicy Lucy Love.

Kinky John Steven believed pal Kerr had access to a cement truck when he was ambushed in her Renfrew home.

38-year-old John had a fetish for concrete and was expecting some hardcore action when he arrived at the flat.

John, from Troon, Ayrshire, turned up at the Renfrew pad with Kerr hoping for a cement-themed sex session.

The then pair went to a cash machine where John took out £150.

But when they returned to the flat Kerr made herself scarce — and blade thugs Craig Dalton, 33, and Matthew Harrison, 23, turned up.

The High Court in Glasgow heard they stabbed him repeatedly with a machete and knife all over his body — nearly severing his thumb as he screamed for his life.

Kerr’s profile on escort website Adultwork.com is plastered with X-rated snaps of her to lure punters and features a lengthy menu of sordid acts on sale.

Other acts touted on her profile are too filthy to print in a family newspaper.

Brexit: Ex-cricketer Ian Botham to be made peer as 80 per cent of deal agreed

How many coronavirus deaths and cases have there been in the UK?

Sunseekers flock to beaches and parks as UK hotter than MEXICO

‘GIFT OF THE GAB’

Who invented blow up dolls? History of the stag do favourite

GET A WHIFF OF THIS

“To all uze sexy male and female out there are no uze want a great time u could never imagine.

“I bring guys out their selfs. I’m 100 per cent Scottish, very slim, size 6 to 8, slightly tanned and toned.

“There is mens and ladies toiletries. You are welcome to shower.

“So get mailing or calling. You won’t be disappointed — U will defo come back for a very good time.”

Kerr, based in Paisley, also says she caters for disabled punters and enjoys going out for dinner dates with clients.

Her page says she last accessed her profile a day after she was convicted of robbing friend John Steven, 38, during a knife attack on him by two strangers at her flat.

When Kerr returned to the flat to find John drenched in blood the attackers fled.

But she admitted stealing £400 from John when she appeared in the dock last week and will be sentenced next month.

Harrison admitted assaulting him to his severe injury and permanent disfigurement while Dalton admitted the same charge with the added accusation he endangered his life.

The trio had attempted murder charges dropped, and not guilty pleas accepted to charges they conspired to attack and rob John, and pretended they had “access to a cement truck” and “cement mix to pour on him” to lure him to the flat.

Serial thugs Dalton and Harrison will also be sentenced next month over the attack last March and face lengthy jail terms.

We pay for your stories and videos! Do you have a story or video for The Scottish Sun Online? Email us at scottishsundigital@news.co.uk or call 0141 420 5266