A HORROR blaze which tragically killed three kids was started after a lighter set bedding on fire, investigators have ruled.

Siblings Fiona, 12, Alexander, eight, and Philip Gibson, five, all perished from smoke inhalation in the 2020 inferno in Paisley.

Mum Julie Daley, 40, survived while dad Alex Gibson, 42, was out at the time of the blaze which was quickly ruled non suspicious by cops.

The Scottish Fire and Rescue Service have now released their incident report into the blaze.

Five appliances were sent to the scene with the first arriving after just five minutes.

It’s estimated the fire had been going for five to 30 minutes before being discovered.

The report states the source was “smoking related, cigarette lighter” which ignited “bedding”.

SFRS regulations state: “The cause was one that could be reasonably supposed given the evidence available.”

Alexander was in the bedroom where the fire started before he rushed to tell his mum. Julie, Fiona and Philip were all in other rooms to where it started.

Most read in UK News 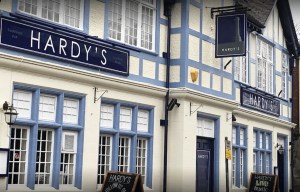 Heartbreakingly all three children were confirmed dead at the scene due to smoke inhalation.

Julie was given oxygen before being rushed to hospital in a “serious” condition.

She has since recovered.Gran Julia Daley, 83, previously told how her daughter Julie was cuddling youngest child Philip on her knee when it broke out.

She said: “It seems everything happened very quickly. Alexander came in and said his room was on fire.

“Julie told him to get out the house then ran to get Fiona in her bedroom. But Julie couldn’t waken her. I know she phoned Alex to tell him what was happening.

“My daughter tried to get back into the living room but the smoke was really bad. We think that she must have collapsed.

“It sounds like none of them were able to get out the front door. It haunts me whether it was locked and they were trapped.”

Thousands of sobbing mourners lined the streets to pay tribute to the children for their funerals.

At the family’s request, locals dressed in bright colours and clapped quietly as the cortege made its way to the town’s Hawkhead Cemetery.

The sight of the pink and blue caskets reduced many of the well-wishers to tears.

Among those paying respects were kids, teachers and staff from St Catherine’s Primary and Mary Russell School where the youngsters were pupils.

A final hearse carried a rainbow floral tribute spelling out their names.

SFRS Local Senior Officer David McCarrey said: “This was a deeply distressing incident and our thoughts very much remain with all of those who were affected by the tragic events on 19 June, 2020.”