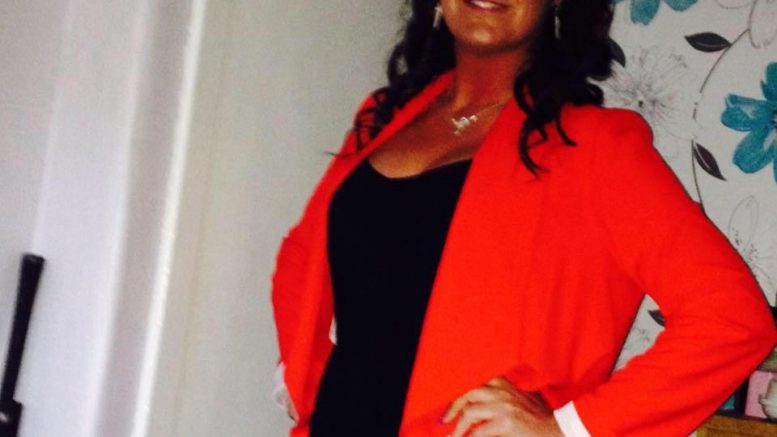 A MARRIED carer had sex with a vulnerable boy of 16 while she was looking after him.

Harriet Jackson, 34, breached her position of trust by bedding the teen in his council flat where she worked overnight.

The mum of three, from Paisley, Scotland, was yesterday warned she faces jail after admitting abusing the lad.

The youngster, who cannot be named, told police: “I knew what she was doing was wrong.”

The sordid sordid tryst emerged after the victim confided in another worker and cops were called in.

The youngster later revealed details of the romp to officers, telling them: “She was like that, ‘Don’t tell anyone’.”

‘I didn’t think I was on Jeremy Kyle’

Her plea was entered minutes before she was to due to face a jury trial.

Jackson struck while employed by support service Catch Scotland to help the teenager — who has learning difficulties and ADHD — adjust to life after leaving care.

Prosecutor Scot Dignan said: “Their relationship was professional to begin with but they began to flirt.

“The accused kissed him and they had sex in his bed.”

Forensic tests found her DNA on the boy’s sheets.

The court heard the lad, who cannot be named, needed round-the-clock help.

Jackson was entrusted as his daytime assistant in October 2014 — just six months after she started with the company.

But she was later switched to the overnight shift and stayed in a room at his Paisley home, where she slept with him on February 7 last year.

Her final overnight stint was a week later on Valentine’s Day.

I knew myself what she was doing was wrong

Jackson showed no emotion and sat stonefaced in the dock as details of her romp were read out.

The mum, who has a daughter, 13, and sons aged nine and six, gave a “no comment” interview to officers after being arrested.

She had been accused of sleeping with the boy on several occasions between January 24 and February 15 last year.

But prosecutors agreed the abuse happened only once as part of her plea deal.

Charges were also dropped on accusations she plied the lad with drink and drugs, engaged in sexual role play and used sex toys during romps.

Defence lawyer Jennifer Bain said Jackson was aware she could be jailed for the crime.

Sheriff Tom McCartney agreed to release her on bail ahead of sentencing.

He ordered her to sign the sex offenders register and adjourned the case until next month.

Jackson pleaded guilty to engaging in sexual activity with a person under 18 while in a position of trust.

The victim was in local authority care when she was meant to be looking after him. He was being supported by another local authority for three years before he was moved to Paisley.

A Renfrewshire Council spokesman said last night: “We are unable to comment on cases involving employees or agency workers.”

The teenager’s aunt, from Clydebank near Glasgow, previously said: “He’s very immature for his age.

Catch Scotland say on their website that they offer councils “a unique service which provides a structured exit strategy for a young person in a children’s unit”.

The firm did not respond to our approach for comment yesterday.

Almost £125,000 has been ploughed into projects in the town for young people. Daily Record – Paisley …