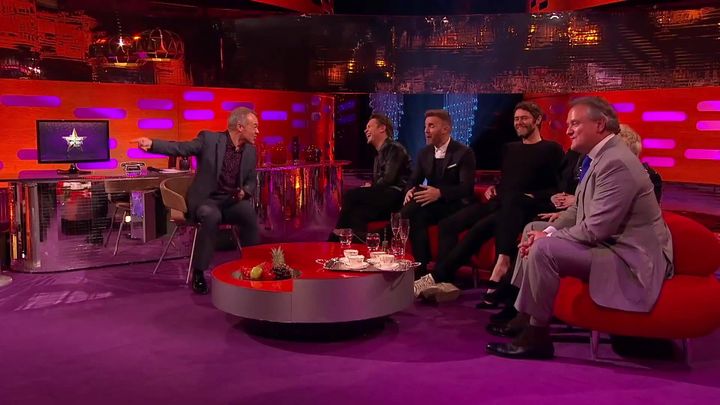 Re-live Over 25 Years of TAKE THAT History!

Now in it’s 12th year touring, the award winning ‘Rule The World’ has been recognised as the Number 1 ‘Take That’ tribute show in the world!

The cast recently appeared alongside THE REAL ‘TAKE THAT’ on BBC1’s ‘The Graham Norton Show’ and after hearing Dan Maines (Gary), a stunned Gary Barlow said in amazement “He sounds like me!”

The real Gary then also praised the whole band saying “These guys are good!” – not an easy statement to acquire from the former X Factor judge.

The show is an accurate portrayal of a Take That’s live concert and the night features all the bands biggest hits including ‘Never Forget’, ‘Greatest Day’, ‘Back For Good’, ‘Relight My Fire’, ‘Could It Be Magic’, ‘Shine’, ‘Pray’, ‘These Days’, ‘Everything Changes’, ‘Patience’, ‘It Only Takes A Minute’, ‘Rule The World’ and many more.

With the accuracy in mannerisms and vocals, this show will leave you questioning whether you just saw the real thing.

You will get the feel and look of all their biggest arena tours… in a far more intimate, close-up setting! If you like ‘Take That’ you will LOVE ‘Rule The World’.

With a fan base transcending age groups and nationalities alike, adoring fans will be left singing and dancing in the aisles within minutes.

Prepare to be amazed and transported back throughout the past 25 years of ‘Take That’ magic.