HORSE at The Bungalow Paisley 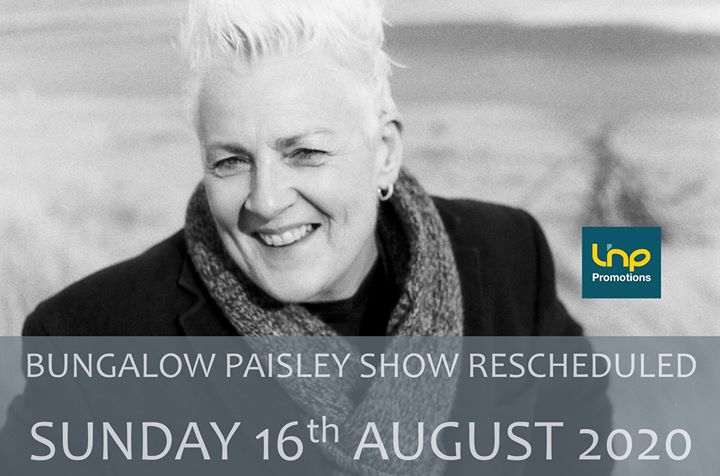 We’re well chuffed to bring HORSE to Paisley. Performing as part of our Singers and Songs series of gigs at The Bungalow, NOW RESCHEDULED TO SUNDAY 16TH AUGUST 2020, this is an intimate show you’ll want to say you attended. Don’t regret it now!

Born in Newport on Tay, Horse is renowned as one of Scotland’s all time great vocalists. She possesses a sophisticated songcraft, Often called ‘the voice,’ she is award winning and iconic. Her music has stood the test of time, enjoying European chart topping success. Since her studio debut in 1989 with the single You Could Be Forgiven EP on Capitol Records, Horse’s power to reinvent and advance her musical style and prowess has been unshakable.

Horse has toured extensively in her own right but also with legends such as BB King and Tina Turner but also alongside artists as diverse as Robbie Williams, Burt Bacharach and Bryan Ferry

She is working on her 10th album

“McDonald owns one of the finest voices of modern times, soul and
intelligence combined… her vocal brilliance is sewn into some of the best music of her career” (Q)

‘a voice like folds of very rich chocolate’ Iain Banks