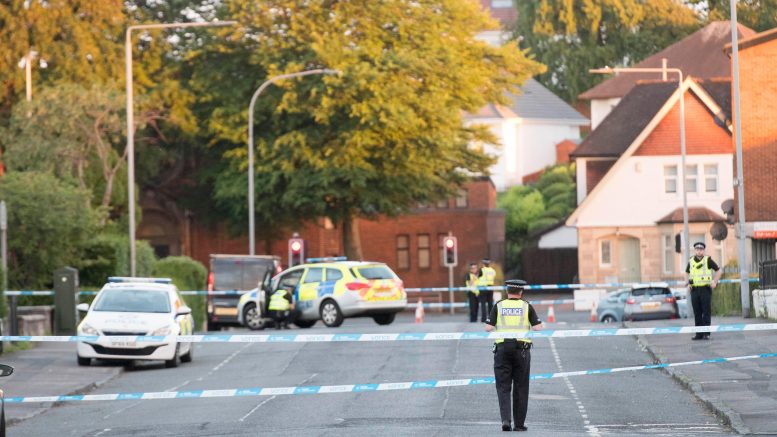 A WOMAN has been killed and a teenager left fighting for his life after a horror attack in Paisley, Scotland.

Detectives and paramedics rushed to the scene of the incident on Penilee Road, Ralston, at around 5pm yesterday after reports of two injured people.

The woman, 52, was pronounced dead at the scene and the 16-year-old boy taken to hospital with serious injuries.

The teen – whose condition is described as “critical” by medical staff – is being cared for at the Queen Elizabeth University Hospital.

The street was closed while detectives carried out enquiries.

Workers could be forced to wear masks in the office next

‘DON’T HAVE MUCH TIME’

SUNSHINE AFTER THE RAIN

A spokesperson for Police Scotland said: “Police received a report of two people being injured on Penilee Road Paisley.

“Emergency services attended and a 52-year-old woman was pronounced dead at the scene.

“A 16-year-old male has been taken to hospital.

“Police are treating the incidents as murder and attempted murder and enquiries are ongoing.”

We pay for your stories and videos! Do you have a story or video for The Scottish Sun Online? Email us at scottishsundigital@news.co.uk or call 0141 420 5266